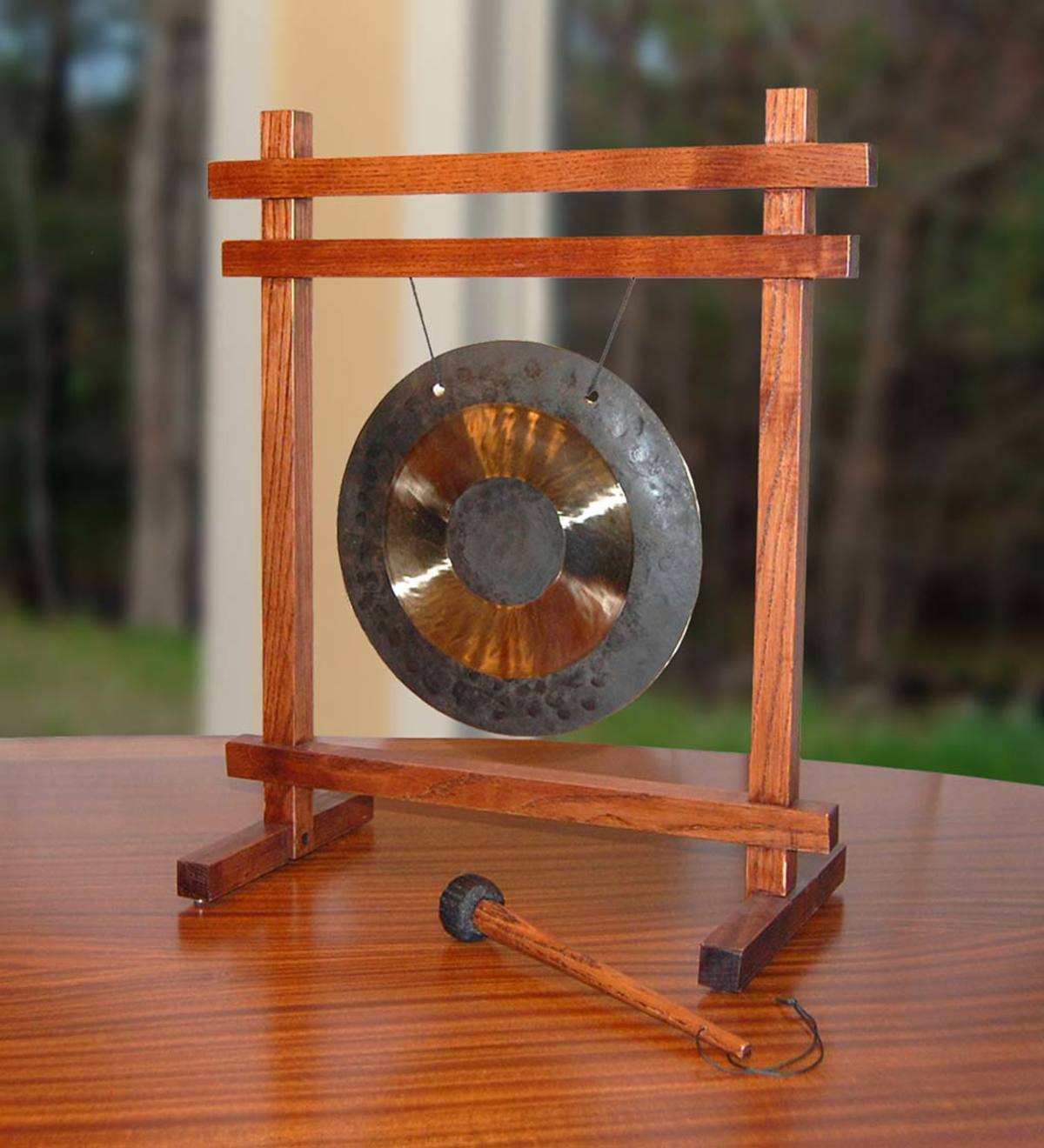 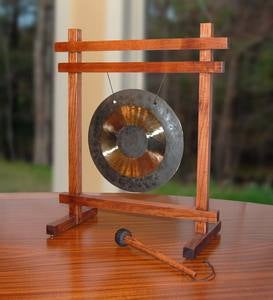 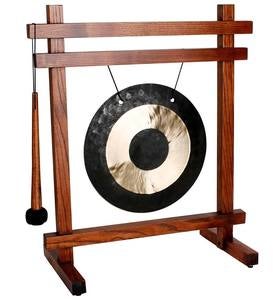 Limited Stock
Quantity:
This Item Has Been Added to Your Cart
Features

This beautiful brass Table Gong features a wooden stand. Chinese instrument makers have made gongs for thousands of years and are deserving of their reputation for making the best in the world. Many processes go into creating the special sound of a Chinese gong, including fine toning as a result of hand-hammering.

In Buddhism, the gong is sounded at the start and end of each day. In Chinese temples, gongs are struck 108 times because it's believed that sentient beings have 108 types of worries. The teaching is this: upon hearing the gong, worries will cease, wisdom will grow. Nothing has the ability to transport us to another time and place quite like the brilliant resonance of a gong.

For over a thousand years, gongs of various types have played an important role in both the religious and secular music of many Asian cultures. Gongs were sounded to chase away evil spirits, warn of invading armies, heal the sick and invoke the spirits of the dead. Being touched by a gong was said to bring happiness and strength. Today, this revered instrument of warriors, emperors, princes and priests adds a special aura to any setting.

V4415 Table Gong accents wooden stand instrument sound music soothing sounded to chase away evil spirits,warn of invading armies,heal the sick and invoke the spirits of the dead. Being touched by a gong was said to bring happiness and strength. Hand crafted hand made,

If, for any reason, you are less than 100% satisfied with a product you have purchased from us, return it within 90 days using one of our hassle-free return or exchange methods.
Learn More about our Guarantee