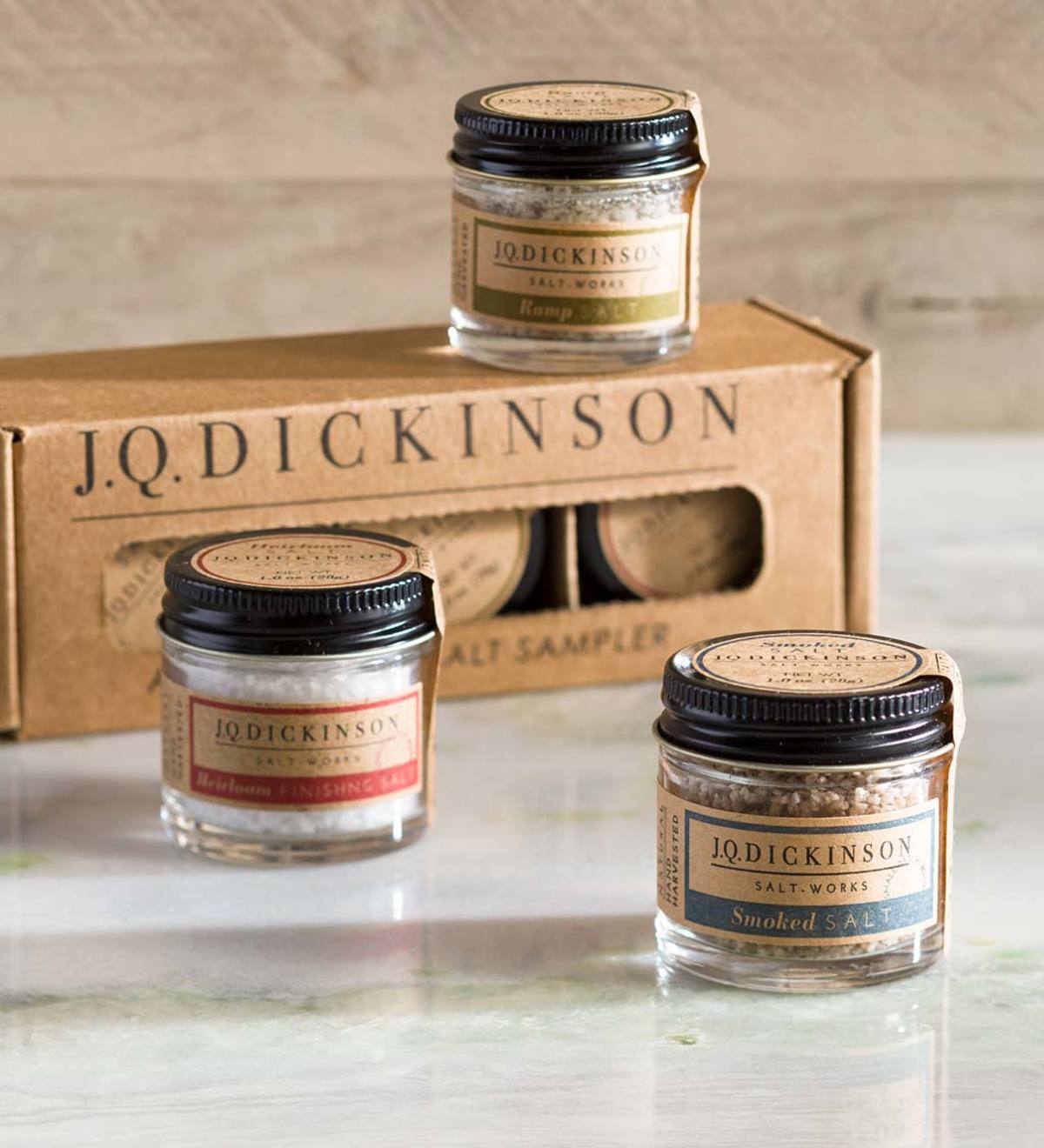 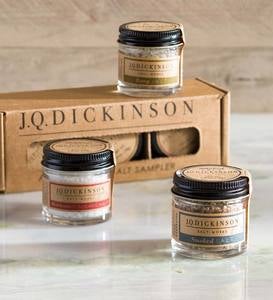 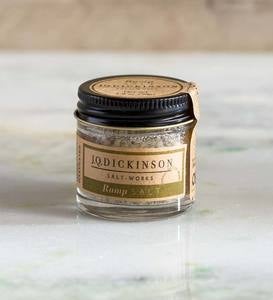 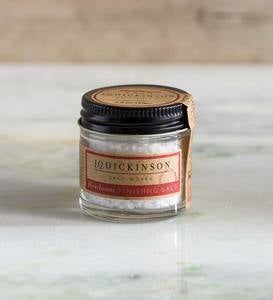 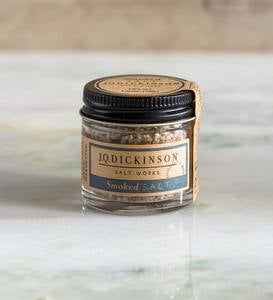 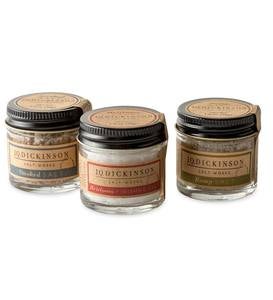 Solar evaporated, hand harvested and mineral rich, this trio of salts gives you the true flavor of Appalachia. It includes a 1 oz. jar of the heirloom finishing salt, apple wood smoked salt and the WV ramp salt. Packaged to make a great last minute gift.

This finishing salt is the perfect texture to add a pop of flavor on whatever you are cooking. The plain heirloom is the most versatile and will become a staple in your kitchen. They smoke the salt over local apple wood for 3 days to give it a soft, sweet smoky flavor that still allows the unique characteristics of the salt to come through. A local forager harvests the ramps (wild mountain onions) then they mix them into the heirloom salt to infuse the flavor.

Dickinson ancestors first drilled for brine in 1817, using a hollowed-out tree trunk for piping, and established the family farm along the Kanawha River a few years after.  By the 1850s, there were hundreds of wells along the river producing more than three million bushels of salt per year, making the Kanawha Valley the largest salt producing region of the United States.  In 1851, “The Great Kanawha Salt” was awarded “The Best Salt in The World” at the World’s Fair in London.  Today, they are reviving the family’s salt-making tradition on the very same land where it all began.  To celebrate, they invited family members from across the region to a feast beside the long standing barn; the meal showcased their newly harvested salt, and a strong commitment to a farm-to-table lifestyle.  The salt imbued nearly every dish on the menu, from the pork chops and bread, to the local squash from the farmer’s market and sweet pecan pies.

If, for any reason, you are less than 100% satisfied with a product you have purchased from us, return it within 90 days using one of our hassle-free return or exchange methods.
Learn More about our Guarantee